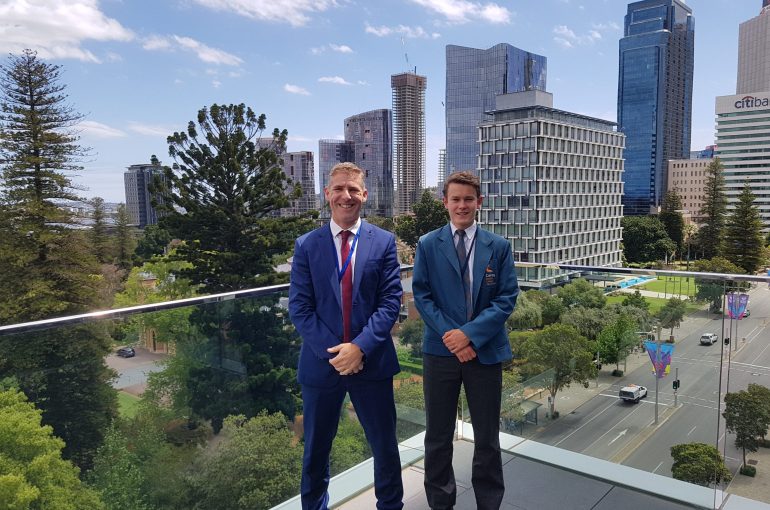 Congratulations to Clayton Angel in Year 10 for being selected to participate in the 2022 Civics and Citizenship Pilot Program for Years 9 and 10 held on 27 October.

Based on the existing Year 11 and 12 Constitutional Convention, the new program aims to increase young Australians’ knowledge about the Australian Constitution and the role it plays in our democracy.

The Convention topic that delegates were tasked to investigate was, ‘Should Australia have compulsory voting?’ After hearing from three experts and considering the main issues in working groups, Clayton took on the role of group spokesman and advocated eloquently for his group. After these presentations, the delegates unanimously voted in the affirmative that yes, Australia should have compulsory voting.

Clayton found the Convention to be a thoroughly informative and valuable experience.