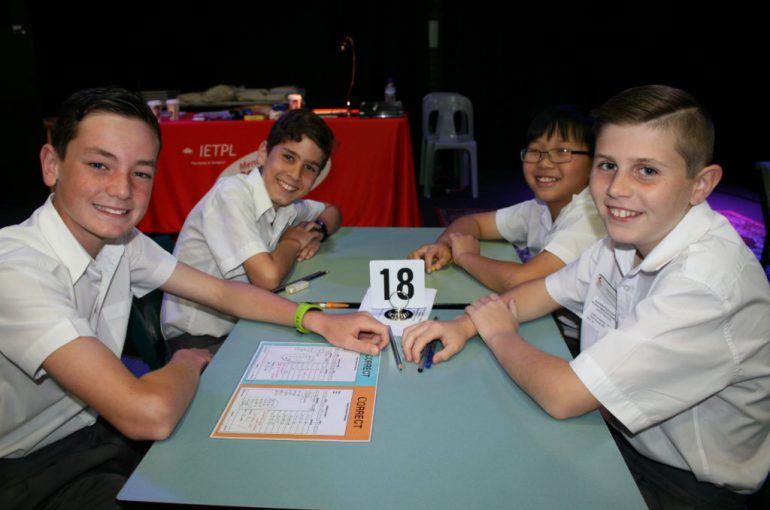 This was the central heat, which Carey hosted this year as one of eight schools and eighteen teams present on the day. They each competed in a variety of Numero-derived activities: the Individual Top Take, the Team Top Take, the Numero Scramble and two ten-minute games.

Numero was developed by Frank Drysdale to help develop numeracy concepts and problem-solving skills, improving maths and having fun at the same time. It can assist in achieving better results in mental computation testing and encourages tactical thinking and confidence. Frank Drysdale was in the early stages of Alzheimers when he invented Numero as a way to keep himself mentally stimulated – he calls Numero his “gift from God.” All royalties from sales go to Alzheimer’s WA to assist in their invaluable work for sufferers in Australia and around the world.

Our students spent a lot of time preparing and training this year and were outstanding in their enthusiasm, sportsmanship and teamwork on the day. A big thank you to Julie Richards and her team from Independent Education and Training Pty Limited (IETPL) for all their efforts in running the heat. Thank you also to the staff in our Primary and Secondary Schools who helped set up the heat, gave up their classrooms and supported our students, as well as our wonderful Year 5 stewards who did a fantastic job of assisting everyone.

The results of the competition are as follows:

We are looking forward to seeing many of these students and hopefully some new ‘super-mathematicians’ coming through next year!