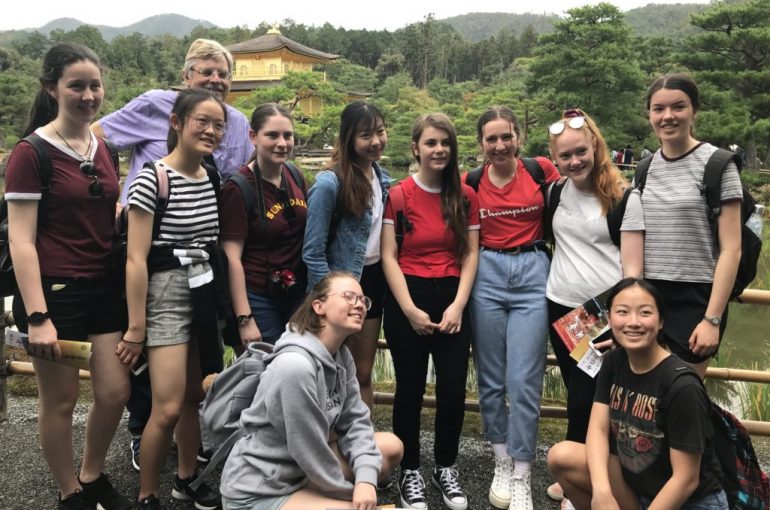 During the recent school holidays, ten Carey Year 10 and 11 students and three staff members, headed off to our Japanese sister school ‘Sayama’ for twelve days.

Soon after landing, students and staff enjoyed navigating the public transport system. The first day consisted of planes, trains and automobiles, as well as lots of walking – 18,000 steps and lots of stairs! Even with minimal sleep, the students were still smiling and this continued throughout the week. A sense of community was rapidly established within the group and with their Japanese counterparts. 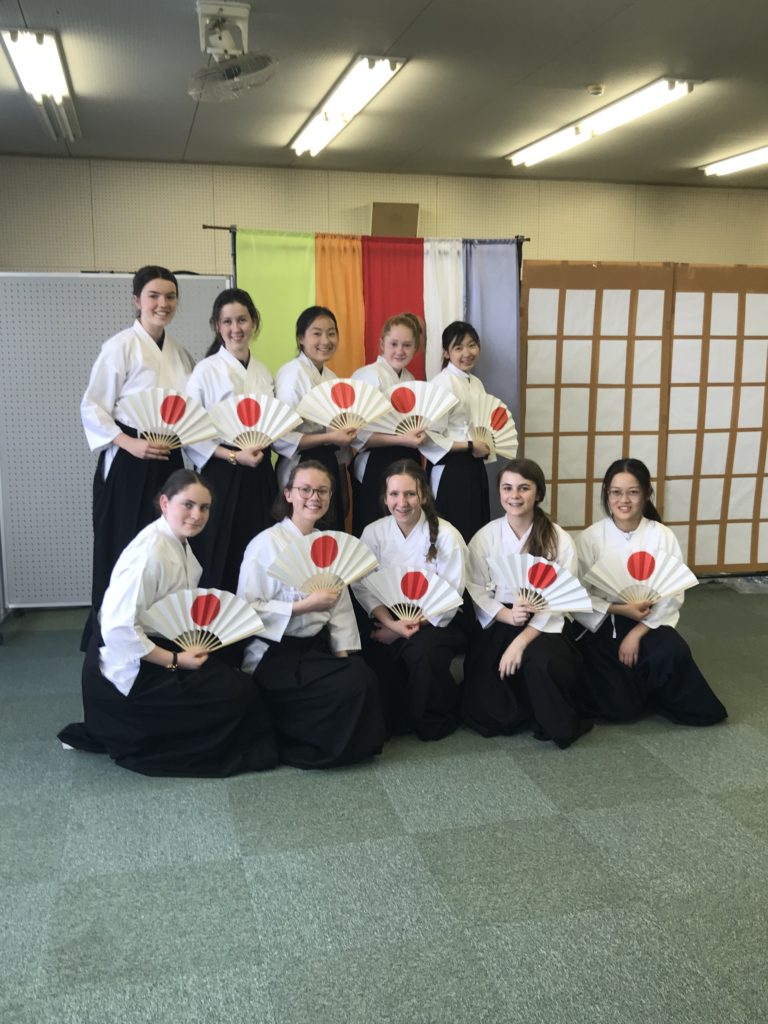 Part of the trip was spent at Sayama School but students spent the rest of the time exploring Japanese culture. With excursions that included the Golden Temple, Niji Castle, Kyoto Tower, Bamboo Forest and a Japanese Drumming Show, every day was an adventure. The markets proved to be quite a challenge as they were packed full of people and the students only had one hour to shop.

At the end of some very long days, the group would sit in silence for half an hour and complete their journals, before sharing each other’s best moments and memories. This is usually a bi-annual Carey trip, but it was the first time for all of the students. It proved to be a perfect learning experience as they integrated themselves into the culture and language. One of the cultural facts that surprised them was the cleanliness of Japan, there were no bins anywhere – people take all of their rubbish home with them!

Students also spent two days in Hiroshima which included visiting the remains of the Dome where the war bomb had exploded. All of the students stopped to read the information, they spent time processing, no rushing or skimming, while they reflected and grasped the significance of the historic event. Students were mindful and respectful as they took it all in and even the greyness of the sky added to the impact. Students then enjoyed a day at Universal Studios, which was great fun!

After Kyoto and Hiroshima, the group moved to Osaka which is a city that showed the planned chaos, glitzy side of Japan. Packed trains ran like clockwork as they navigated through train stations on different lines and levels. They visited Osaka Castle and the beautiful open gardens and enjoyed the sounds, lights, colours and food of the area.

The students joined in with Drama Club while at Carey’s sister school and learnt a Japanese traditional dance. Students also played musical chairs in Music Class and found this to be very different! 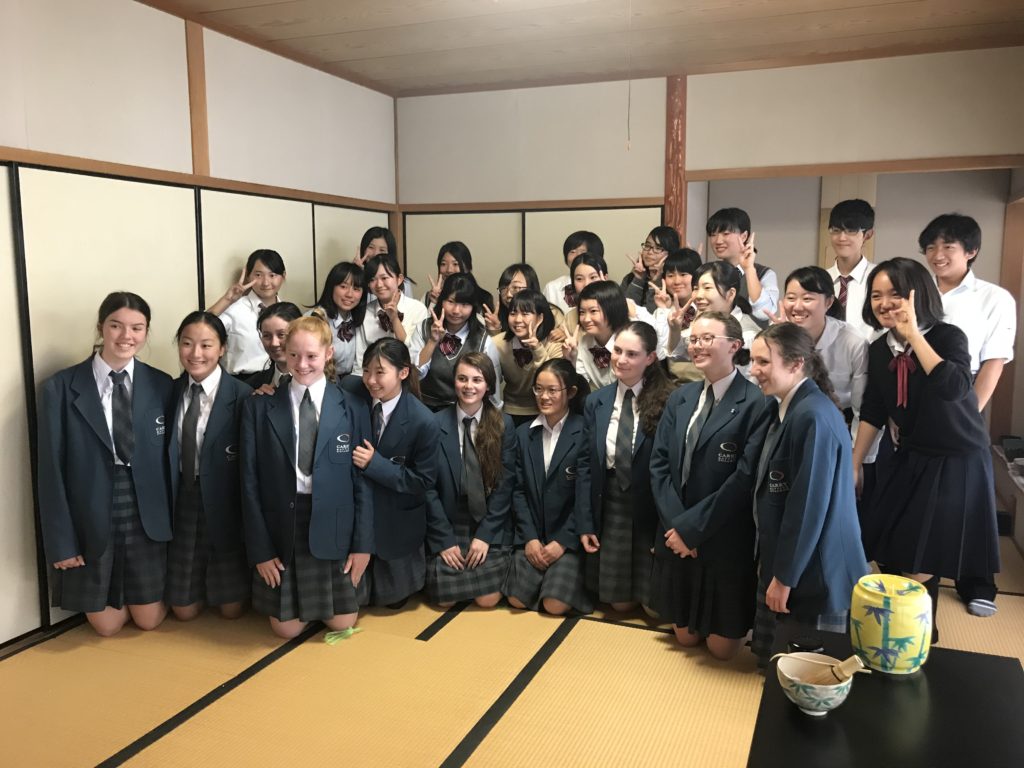 On the last day, our students wrote thank you speeches – in Japanese – with some help from Mrs Bonciani. There were tears, gifts, hugs and lots of selfies as they all said goodbye at the Farewell Tea Ceremony. It took 40 minutes for two Assistant Principals, the Head of Language and five Sayama Staff to get our students to the front gate!

Thanks to the generosity and kindness of the staff at Carey’s sister school in Japan, the group went to the Osaka Civics Building observation deck so they could see Osaka by night, which was a wonderful way to finish the tour.

We would like to thank our Japanese friends for their incredible politeness and hospitality throughout. Our students made the tour very easy, full of blessings and great fun.