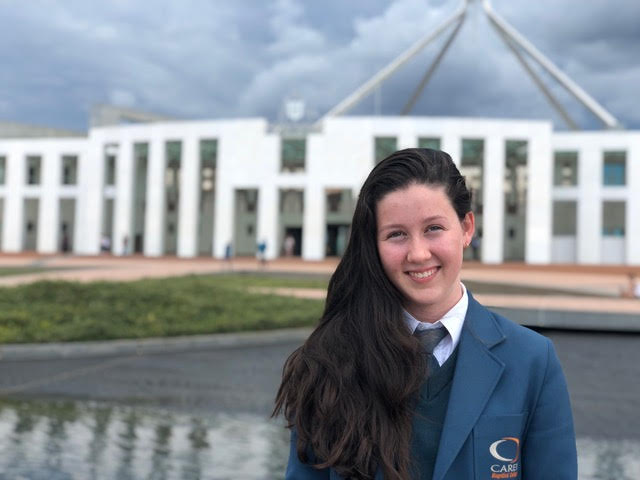 Over 800 candidates nationally applied to attend the Convention and Jasmin was one of 15 students selected to represent WA.

The Convention aims to encourage students to take an active interest in the operation of government. Outcomes of the Convention will be presented to the Deputy President of the Senate, Senator Sue Lines, for tabling in Parliament and recorded in Hansard.

“My favourite part about the trip was becoming close friends with the other 14 delegates from WA,” Jasmin said.

“Along with this, we had dinner at the High Court and heard from Mellisa Breen, a two time Olympian. It was certainly an experience I will never forget.”

“Thank you to Mr De Vries, my Politics and Law teacher, who assisted me with my application.”