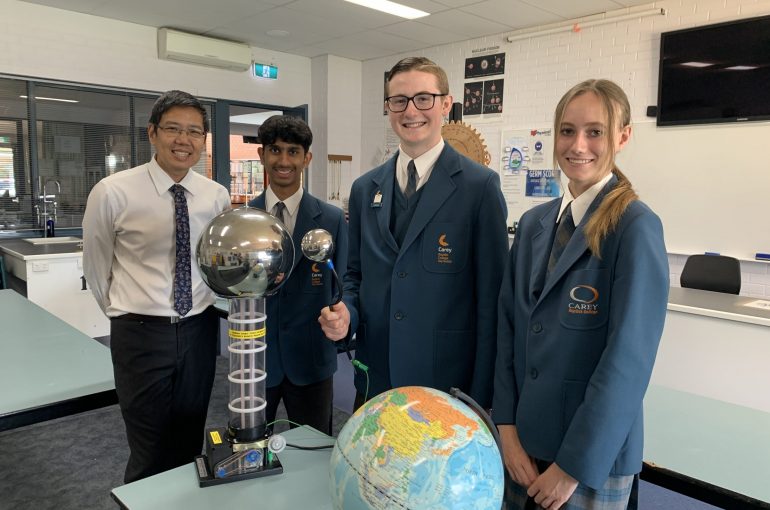 The tournament included schools from across Australia and was held online from 6 to 7 December. The Carey team was coached by Director of STEM, Mr Gideon Choo who said the students performed with distinction in the cutting-edge competition.

“In a process that closely resembles actual research, our team was given the problems a few months in advance. They trialed different experimental setups and closely analysed the data recorded.

“They then engaged in real-time debates with their opponents who had studied the same problem from their own perspective. Both the presenter and the opponent were judged by teachers based on their ability to critique the concepts involved.” said Mr Choo.

Geo Vazhalanickal and Lianna Paisley have been invited to form part of the Australian National Training Squad for the International Young Physicists Tournament (IYPT) which will be held in Romania in 2022. This will be a truly unique opportunity to work with other Australian team members and to see how other countries approach the same problem.

The team’s participation in the tournament was made possible through a Student Science Engagement Grant from the Department of Industry, Innovation and Science.

The achievement of the students was featured in the Examiner on 16 December 2021.