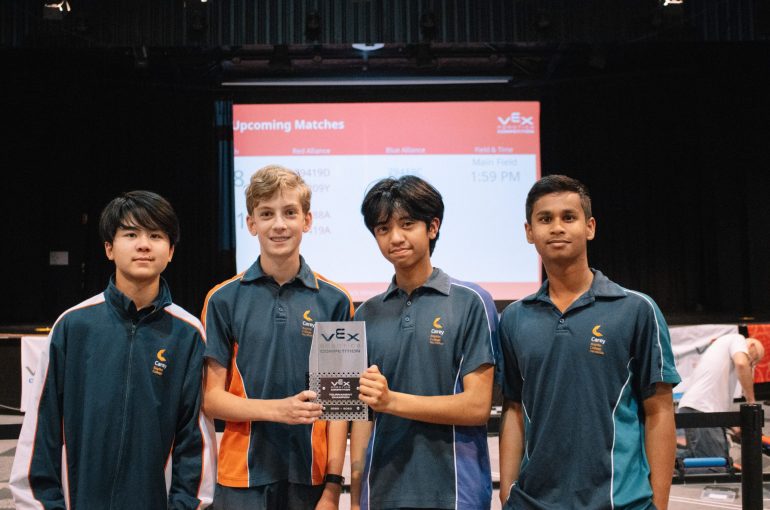 The competition involved designing and building a robot in the VEX VRC Spin-Up Competition that could shoot discs into goals, turn rollers, and expand to cover as many field tiles as possible at the end of a match. The process involved building a physical robot and programming a controller to talk to the robot.

The day was a great success, with two of our teams being awarded tournament champions, and we also won an Excellence Award and a Judge’s Award. Well done to all the students involved! We’re excited to be taking a team to the National Championships in Sydney in December. 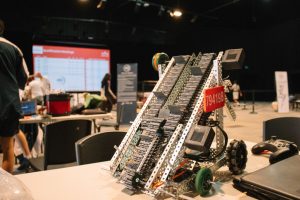 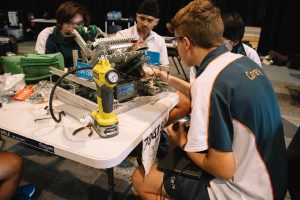